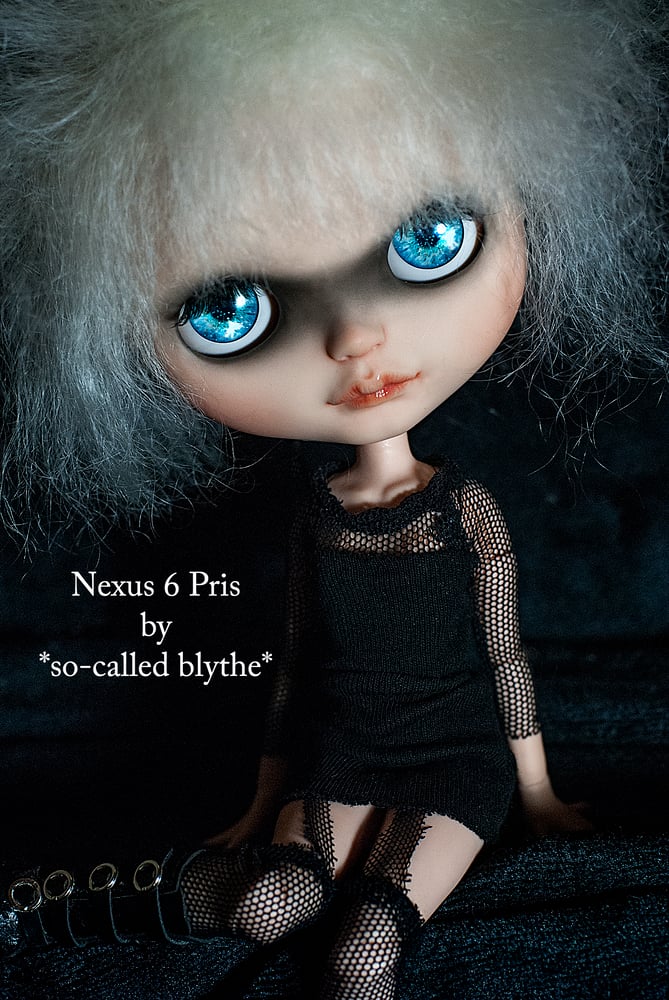 Early in the 21st century, the Tyrell corporation advanced Robot evolution into the Nexus phase - a being virtually identical to a human - known as a Replicant.

The Nexus 6 replicants were superior in strength and agility, and at least equal in intelligence, to the genetic engineers who created them.

Replicants were used off-world as slave labor, in the hazardous exploration and colonization of other planets.

After a bloody mutiny by a Nexus 6 combat team in an off-world colony, replicants were declared illegal on earth - under penalty of death.

This was not called execution. It was called retirement.

You can reserve her by a non refundable deposit of $200, layaway plan is available too

For further information, please email me to socalledblythe@gmail.com
Thank you!!